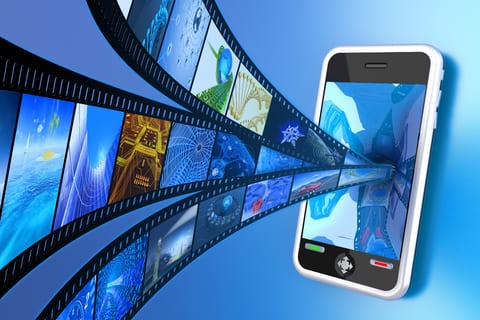 Almost one in five human beings on the planet who have access to the internet have a Facebook account. Meanwhile, there are 65 million Twitter posts each day, and 2 billion YouTube video views per day (Source: ReadWriteWeb.com). However, what does all of this mean for the way we conduct business? Furthermore, how will social media continue to evolve in 2011? Here are a few ideas about the changing face of social media, and what it means for both marketing professionals and the bottom line of businesses everywhere.

As a culture, we have experienced several profound shifts in the way we receive and process information about our world. The first shift was from word-of-mouth gossip to slightly more reliable newspapers, an era that lasted until television took hold and men like Walter Cronkite helped us to watch and interpret the news of the day. In the last several years, the shift has clearly been away from television and towards the internet. TV news is scrambling to hold onto its piece of the pie by offering online video, blogs, Facebook pages, and ongoing Twitter conversations. However, the next step is from the computer to the smart phone.

At the moment, only 21% of mobile phone users own smart phones, but this will change in 2011. According to the Nielsen blog, the US market will have more smart phones than feature phones by the end of the year (Source: CyberJournalist.net).

Social Media and the Smart Phone revolution: other facts marketers should know

1. According to its forecast, IDC says the number of downloaded mobile apps is expected to increase from 10.9 billion worldwide in 2010 to more than 76.9 billion in 2014. In addition, worldwide mobile apps revenues will experience similar growth, surpassing $35 billion in 2014.
2. Email access is declining for computers, but rising for iPhones
3. Close to 40% of Facebook users access the social network through their phone (Source: Facebook.com).
4. 200 mobile operators in 60 countries are deploying and promoting Facebook mobile products (Source: Facebook.com).

To join in the rush to integrate Social Media with Smart Phones, businesses need to do three things

1. Make sure that their existing social media is mobile-friendly.
2. Test web and video content on mobile devices.
3. Successfully communicate to their customers what available apps and other mobile goodies they have available, and make it readily accessible.

Broadcast Yourself via Social Media

YouTube’s longtime slogan, “broadcast yourself”, will be more relevant than ever as online videos multiply like overactive rabbits. Video content online has taken off in the last two to three years, but in 2011 expect it to get even bigger. October 2010 alone saw 5.4 billion video views worldwide, including 2 billion views on Facebook. (Source: ComScore.com).

Businesses forget about YouTube as a social media outlet at their own peril. Just as companies that were painfully behind the times in the early 2000s claimed they didn’t need a website, companies today will fall behind the times if they don’t have a YouTube channel, or some other way of promoting video content and integrating it across multiple online marketing channels.

Facts about online video every Social Media marketer should know

1. Nearly half of business executives age 40 and under report utilizing video to help them make decisions about vendors – this number will only increase as 20 somethings and 30 somethings climb the corporate ladder (Source: eMarketer.com).
2. 90% of videos watched online are watched on YouTube (Source: SocialMediaB2B.com).
3. The average consumer watches 182 online videos every month (Source: DigitalBuzzBlog.com).

What does this mean for businesses? If they don’t have video on their website now, they will by the end of 2011, unless they want to look like a dinosaur.

The World Will Be Different in 2011, But the Same

As Mark Zuckerberg told Time in his Person of the Year interview, humans “parse data” via the algorithm of relationships. That is the key fact, he says, that has made the social networking revolution possible. People don’t want an internet full of strangers; they want the internet to feel as cozy and safe as their living room.

Zuckerberg sees the future of Facebook as an entity that is more and more woven into the very fabric of the internet. If he’s right, one day online users might surf to a site like CNN.com, and instead of seeing comments on news stories by strangers, comments by their Facebook friends might pop to the top of the list.

As the Person of the Year honor and recent Golden Globes for The Social Network clearly demonstrate, Zuckerberg’s way of approaching the internet have struck a chord with the citizens of the digital world. Social media has fundamentally changed the way we think about everything – from how we keep in touch with grandma to how we buy new shoes – but what hasn’t changed is why social media is so popular. Ultimately, it is Zuckerberg’s insight that we “parse” the world through our relationships with others that is the golden goose laying the golden eggs of social media marketing.

Businesses that want to succeed with social media marketing in 2011 must always remember this basic fact: fancy Facebook landing pages, high-quality videos, and constant Twitter updates are not what their customers are looking for. What they are looking for is a way to connect, a way to interact, a way to feel like they “know” the people they are buying from. In other words, businesses would do well to keep in mind that the first, most important word in “social media marketing” is still, and always will be, “social”.