Home » Internet Marketing as Elder Wand: The Internet is the most powerful marketing tool ever created – that is, if a Marketing Wizard can wield it 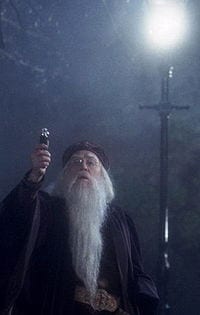 The trouble these agencies have with Internet marketing can be divided into two broad categories: first, the Internet has fragmented consumer attention, and second, successful internet marketing means a two-way dialogue rather than a one-way soliloquy.

Prime time commercial TV spots on NBC, ABC, and CBS used to have a guaranteed audience. If a company ran the same ad for long enough during the Nightly News, soon the whole country would be humming the ad jingle. Today, with nearly 34 million owners of TiVo and other DVR services now recording their shows and fast-forwarding through the commercials, while other television consumers stream shows through their laptop, that ubiquitous jingle-humming is much harder to achieve.

Harder to achieve, yes, but not out of reach. The Internet has shattered the easy dominance of mass marketing channels, particularly the two giants of the field – television and newspaper. Knowing this, creative agencies can no longer rely upon a single television ad or group of ads to spread their marketing message. Instead, their success depends upon customizing their message in such a way that it gains a following via Internet marketing; on YouTube, spreads across Facebook, catches the attention of bloggers, and ends up with links from tweets.

On the one hand, the Internet provides the professional marketer with a dream come true: the Internet gives access to very particular demographics, with an ability to track precisely the responses of those demographics. On the other hand, the sheer number of marketing channels available through the Internet makes connecting with target audiences more daunting than ever. That is – if you are the marketing equivalent of Ron Weasley. If you are Dumbledore, these various channels represent new playgrounds of unprecedented creative Internet marketing opportunities.

David Kilpatrick’s new book, The Facebook Effect, begins with a story of an unlikely viral Internet marketing phenomena. Oscar Morales, engineer and self-described “computer addict” in a small town in Colombia, decided to make a new Facebook page railing against the Colombian rebel group, the FARC. Kidnappings by the FARC are so common that Colombia has a nightly radio show designed to reach the jungle-bound hostages and give them hope. Each evening, families of those held captive line up outside the radio station in Bogota, hoping to send words of encouragement through the airwaves to their loved ones.

You know you have a kidnapping crisis on your hands when you have an entire radio show dedicated to kidnap victims, and Morales was fed up with it. His anti-FARC page attracted 1,500 Facebook friends in less than 24 hours. In one month, the group organized a worldwide march against the FARC, which drew the participation of 10 million in Colombia, and another 2 million worldwide (Source: The Facebook Effect).

Every business wants the kind of Internet marketing results that Morales achieved with no money and hardly any effort. To do so, however, they must make a fundamental paradigm shift. For decades, they’ve only spoken at consumers; to succeed today, they have to speak with consumers.

Morales hit a nerve with people; he opened up a topic people wanted to talk about. Instead of backing away from a free form, unmoderated conversation with customers, companies have to master the art of having that discussion while still setting the tone.

The Internet as Elder Wand: It’s the most powerful Internet marketing tool ever created – that is, if a Marketing Wizard can wield it – Another powerful article on Internet Marketing from 4thWeb.