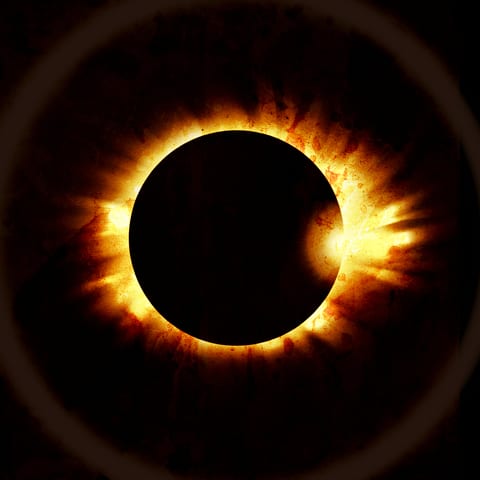 It is widely suspected by scientists that the age of the dinosaurs came to an abrupt end when a comet, shards of a comet, or similar space debris struck Earth at the end of the Cretaceous Period. It wasn’t the impact itself that killed the dinosaurs, but the blotting out of the sun. Dinosaurs, like all reptiles, were cold-blooded creatures that relied upon external sources of heat to keep their bodies working. No sun meant no vegetation to eat, and no heat to keep the body functioning. Meanwhile, small, forest-bound mammals, which are warm-blooded, managed to survive the apocalyptic conditions. We all know what happened next.

While the jury is still out as to whether or not old-school ad execs themselves are actually cold-blooded reptiles, what can be confirmed is that ad agencies have relied upon mass media channels for decades as their main source of revenue, in the same way that dinosaurs relied upon the sun for heat.

The internet revolution affected the advertising industry in the same way that the comet at the end of the Cretaceous Period affected the Earth. The comet-like internet struck with great speed and without any warning, throwing up such a cloud of dust that ad agencies were temporarily blinded. Now, that worshipped source of millions of dollars in advertising revenue, the sun-like institutions of television and newspaper, have been all but blotted out by the internet’s dust cloud.

Companies today are less interested in pouring advertising dollars into television than they used to be, and that’s bad news for ad agencies. The traditional business model in advertising was a 15% commission off the amount a client would spend in media. Ten to fifteen percent is a lot when you consider how much money a prime time, 30-second commercial spot can cost.

Not every dinosaur went extinct; some evolved to adapt to their new reality and live on to this day. Birds, for example, have reptilian roots. Alligators and crocodiles downsized and live on. Turtles did alright. Tyrannosaurus Rex, the Brontosaurus, and even the tiny Velociraptor, however, didn’t make it.

Some of the old-school agencies show signs of evolution. At Mullen, for instance, the former Chief Creative Officer now calls himself the Chief Innovation Officer and holds the less-official title of Chief Social Media Officer. Thanks to Mullen’s willingness to adapt to the new advertising landscape, they were able to win contracts with JetBlue and Zappos. Both contracts came their way because they recognized that the 30-second spot is no longer what smart companies are looking for; rather, today’s clients are looking for marketing companies that put social media campaigns and other types of viral advertising ahead of stale TV commercials that are likely to be fast-forwarded through anyway.

These days, marketing officers at major corporations are no longer likely to rely upon just one ad agency for all of their marketing needs. Instead, they may hire several smaller agencies to do the job that one big agency used to accomplish. Dinosaur-sized agencies are usually just too large to handle user-generated content with efficiency, so more and more CMOs are shifting to a multi-agency model instead (Source: Robert Gourley, Mojave).

In short, the new advertising industry will favor companies who focus more on the big idea than the big spend. Lean, nimble digital agencies are today’s mammals, busying themselves with out-maneuvering sluggish dinosaur agencies as they compete for scarce resources. History has shown that sudden changes in both terrestrial and business environments easily lead to mass extinction; the ad agencies still using yesterday’s business model would be wise to take this history lesson to heart before they turn themselves into museum exhibits.