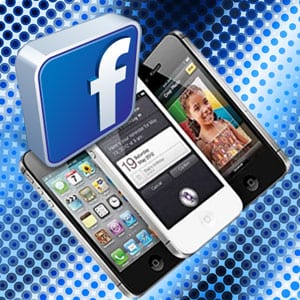 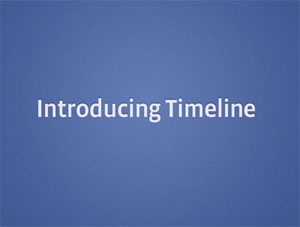 We all know the phrase. It’s a throwback to a 1950s television show that walked through the life stories of its guests in front of friends, family… and a national television audience.

The odd part about the original This Is Your Life, the part many people don’t realize, is that the show was oddly, awkwardly personal in a way that modern-day reality TV doesn’t even come close to. There was the episode, for example, when one of the men who flew the plane that dropped The Bomb over Hiroshima was greeted by a surprise guest: A Japanese survivor. It was a tense television moment, to say the least.

Now, as the Facebook Timeline officially rolls out, users argue loudly amongst themselves over whether or not the social media version of “This is your life” is a good thing – another social networking innovation from Facebook – or a bad thing – another invasion, or potential invasion, of our privacy. Some people are saying that Facebook Timeline is just too personal, too convenient for online stalkers, too creepy to publicly lay out your entire life, together with all its best moments, its missteps, and its mundanity.

NEW Facebook Timeline? Am I About to Be Owned? Do I Care?

Our tendencies towards compulsive voyeurism and unabashed curiosity about the personal lives of others – not to mention the compulsiveness with which we pour over, analyze, and revisit our own life experiences — have never been so easily fulfilled. However, thanks to Facebook Timeline, not only can we visually conceptualize our life as a series of interconnected events, we can also see, within the Facebook Timeline, what our friends are listening to, cooking, reading, watching, and what their latest running route was.

Our ability to see what our friends are cooking and where they’re running, of course, are all conveniently provided to us through free apps by the brands that want to sell to us. The question for Facebook users becomes, “Does it bother me that all these apps have subtle marketing messages behind them?”

Facebook is almost definitely right. Consumers have been using brands as a form of self-expression for decades; Facebook Timeline just makes that self-expression easily accessible in real-time. Facebook users who sympathize with Occupy Wall Street might complain about Facebook Timeline and its emphasis on integrating brands and our personal lives for a while, but sooner or later even Occupiers will want to share with their activist friends what brand of sleeping bag they’re using to keep warm as they protest the meteoric rise of big business.

Speaking of brands, there’s another question Facebook Timeline raises: Once the majority of Facebook users have adopted Timeline, how will it impact your own social media marketing? Here are a few things to keep in mind.

1. Be Included in the App Revolution

For just a moment, take your sales hat off and put your connectivity hat on. People use Facebook to connect, relax, and have fun. How can your brand create an app that helps them to do that?

Netflix, for example, has just about gotten Congress to allow them to launch a Facebook app that will use people’s friends’ movie preferences to make movie recommendations. In other words, it will be exactly what Facebook has been trying to accomplish with its advertising, but since users will voluntarily share their information, these apps might just clear the “privacy issues” hurdle.

Facebook hasn’t yet rolled out Facebook Timeline for brand pages, but once they do – and they probably will – that is one bandwagon you’ll want to jump on right away.

Why? For starters, Facebook Timeline puts a huge photo right at the top of the profile page. The 849 x 312 pixel cover photo of a Facebook Timeline page gives brands a chance to feature the perfect product shot or clever banner in a way that the existing Facebook pages do not.

The new Facebook Timeline format increases the likelihood that a brand’s self-promoting posts will never be seen by fans. Anything Facebook algorithms deem uninteresting will get relegated to the Ticker. Posts such as videos, photos, links, and content that earns lots of likes are far more likely to reach to reach the eyes of fans.

Facebook, along with the Internet in general, have rapidly changed how we think about and interact with our friends and our world. Back in the early days of blogging, some people asked, “Why in the world would anyone want to make their private thoughts available for everyone to read?” Today, sharing private moments as encapsulated in photos or posts is so second-nature that almost no one questions it any longer. Facebook Timeline is just the latest evolution in this trend of making our personal lives increasingly public. Though consumers might complain now, brands who want to succeed will find smart ways to use Facebook Timeline to tell their own stories and offer help as fans tell theirs.