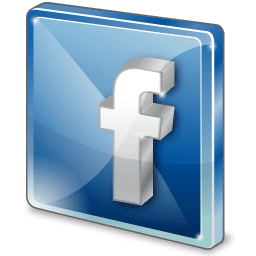 In this [part 2] post, we attempt to further clarify Facebook EdgeRank and GraphRank; and more importantly, help you put that knowledge to work.

If you haven’t already read through Facebook EdgeRank and GraphRank Explained part 1, go back and read it now. After reading Facebook EdgeRank and GraphRank Explained part 1 you should know that Facebook uses an algorithm known as “EdgeRank.” This “scoring” system determines who and what appears on users’ news feed. The news feed is key to Facebook marketing — this is where you will gain viewership from prospective new customers.

However, before you can gain that viewership you have to have a clear understanding of Facebook EdgeRank and the rules that define it. This can make or break your social media marketing campaign. It is critical to understand three key elements: Affinity, Weight and Time Decay.

In part 1 OF Facebook EdgeRank and GraphRank Explained, you learned that Affinity relates to the proximity of the user’s relationship with the item’s creator. While that seems fairly simple to understand, it often gets misapplied. Many people forget that affinity only works one-way. This means that just because you have been visiting a long forgotten friend’s profile and you comment on a photo or comment that you will now start appearing on their news feed. However, if you comment on an item on their wall and they comment back then that would lead to them having a greater Affinity to you.

Weight is a simple Facebook EdgeRank formula that decides what content is more likely to show up in the news feed than other content. Although there is no real definitive pattern to Weight, there are definitely certain items that carry a higher ranking within Facebook EdgeRank Weight.

Within Facebook EdgeRank Weight, items that rate the highest are videos, photos and links. Therefore, in order to use weight to benefit your business, you have to rethink how you are communicating using Facebook. If you want to reach as many new customers as possible then you should try to include such items in your posts.

The last piece of the Facebook EdgeRank puzzle is Time Delay. Simply stated, a newer item is more likely to appear than an older item. Unlike Twitter, which is controlled by only chronological order, Facebook EdgeRank also takes into account Affinity and Weight.

With this in mind it is important to consider the timing of your posts. One thought is to create posts during the times your audience will most likely be using Facebook thus decreasing the Time Decay and increasing the probability of it showing up on their news feed. In other words, posting when other people are less likely to be posting content reduces the competition and forces yourself into a spot on their news feed.

Additional things you can do to increase your EdgeRank

Constant interaction is key to driving your Facebook marketing campaign. Plan for important announcements. Start increasing your Facebook EdgeRank Affinity now. If you know you will be making a big announcement, maybe you invite conversation and input from friends or you ask for feedback on a picture. The comments you receive will increase your chances of appearing on their news feed and therefore your overall Facebook EdgeRank score will increase.

Research shows that using keywords like Why, When, Where, and Would greatly increases the likelihood of comments and likes which raises your Facebook EdgeRank Weight value.

Post frequently and use Time Decay to your benefit by determining when your friends are using Facebook. Also factoring in when you get the most interaction from your friends. Pay attention to when there seems to be lulls in status updates and post at those times to ensure a spot in the news feed.

Consider the content in your status updates and how others perceive them. People are drawn to things that are interesting, relatable, honest, and that appeal to their emotion. So before you hit enter and post your status update ask yourself, “is this interesting? Can others relate to me? Am I being honest? Is there any emotional appeal?” All of these will help you create content that will increase your interaction with your friends and help with Facebook EdgeRank.

As previously noted in Part 1, GraphRank mainly targets those who develop Facebook apps. Like Facebook EdgeRank, the more a friend uses an app the higher the GraphRank. While Facebook EdgeRank focuses more on the interactions with comments and likes, GraphRank interaction comes with using the app. More importantly, they have to hear about it often and see their friends using it.

Many of the suggestions for increasing your Facebook EdgeRank also apply to GraphRank; however, this is where Time Decay can really come into play. Note when your friends are online and interacting with you and share at those times in order to appear on their news feed. Also be aware of lulls in activity and post at those times so that when they turn on Facebook your app post will appear in their news feed.

You want to make the most of your business’ Facebook page, but when you start reading articles with phrases like “time decay,” “Facebook EdgeRank algorithm,” and “affinity variable,” your eyes glaze over and you click the “Back” button on your browser as quickly as possible. However, if you truly want your social media marketing to reach your audience and convert browsers into buyers, you need to understand Facebook’s EdgeRank and GraphRank. What follows is a non-techie explanation of Facebook EdgeRank and GraphRank, and how to apply your new understanding to improve your Facebook page’s impact on your business.

There are three basic components to the Facebook EdgeRank algorithm: Affinity, weight, and time decay.

“Affinity” refers to the user’s relationship with the item’s creator. For example, if you have an old acquaintance whose Facebook profile you haven’t visited in two years, they would have a very low affinity ranking. If you have a significant other whose profile you visit every day, they would have a very high affinity ranking. This is good for Facebook EdgeRank.

“Weight” combines what the item is and how it’s being interacted with. As for the “what,” videos, photos, and links are generally considered to have the highest weight. In other words, if a fan views a video on your page, this will score far more points in Facebook EdgeRank than if they simply visit your page.

“Time decay” refers to how recent the item is. Old news drops out of the news feed, so newer items are more likely to appear on a feed than older items. Understanding this, to increase your Facebook EdgeRank, post your links, comments, and photos at times when your users are most likely to be logged in to Facebook.

Now that you understand the basics of Facebook EdgeRank, how do you increase the likelihood that your products or services will appear in as many of your fans’ News Feeds as possible? Here’s a hypothetical story to give you some ideas.

Meet Joe. Joe is an independent filmmaker who’s trying to create some buzz around his latest documentary about french fries. He’s got over 1,500 fans, but he hasn’t posted anything in a while, so he suspects he might have dropped off the News Feed for many of them. He decides not to immediately jump into promoting his french fry film. First, he sets out to increase his Affinity score. He starts a few controversial surveys on his page and encourages readers to comment. All those comments increase his page’s Weight and hence his Facebook PageRank. He asks a few direct questions of his fans to start conversations, which also bump up his Affinity score. Then he starts posting still pictures from his new documentary, and since photos have higher Facebook EdgeRank, his weight score goes up again. Only after working on improving his score with his fans for a couple of weeks is he ready to release the trailer for his movie. If he didn’t put in the extra time to build his Affinity and Weight and hence his Facebook PageRank, his movie trailer wouldn’t have reached nearly as many people.

GraphRank is good at determining whose opinion you are most likely to listen to. For example, your college roommate’s opinion from 1990 is going to have less weight than your best friend’s opinion, with whom you interact on Facebook every day. As your relationships with your Facebook friends change, what GraphRank displays will also change.

The GraphRank formula is different (but not much) from the Facebook EdgeRank formula. GraphRank takes into account Affinity, Weight, Interactions, and Time Decay. The Affinity score in this case is based not only on how much two users interact, but also how many common interests they have together.

Many of the same tips for increasing Facebook EdgeRank will help you to improve your GraphRank. For example, releasing your app at the right time is of critical importance to get people to pick it up right away. If you’re marketing an app to a bunch of night owls and you release your app at seven in the morning on a Sunday, this will not help you increase your GraphRank. Don’t just make an app and expect people to find it on their own. Now that GraphRank is around, that’s going to happen even less frequently than it did before.

GraphRank only applies to apps. Pages are still ruled by Facebook EdgeRank. Therefore, unless you are an app developer, GraphRank is not something you need to be concerned about. Instead, focus your marketing muscle on improving your Facebook EdgeRank by reviewing and implementing the tips listed above.