Recently, a couple of cable content providers have announced that they’re going rogue and are going to start providing content independently of cable companies. That’s good news for consumers who have, until now, been at the mercy of companies such as Comcast and Time Warner. It might also be good news for proponents of Net Neutrality, who have been waging an uphill battle for internet data and traffic equality.

The rest of this post assumes that the reader is familiar with the finer points of Net Neutrality, if that’s not the case, you can read more about it here and here, but in a nutshell, it’s the idea that Internet service providers (ISPs) should treat all data that travels over their networks equally. The other possible scenario being that ISPs would be allowed to slow down, or “throttle” data transfer from certain sites at their discretion. For example, an ISP could decide they didn’t want their customers visiting sites of a particular political party, movie actor, author, store, etc. and slow down speeds significantly resulting in the site taking too long to come up.

That said, HBO announced last week that it will be offering its HBO Go service to viewers who don’t have a TV/cable subscription in 2015 — a stand-alone streaming service. HBO CEO Richard Plepler made the announcement recently saying:

“That is a large and growing opportunity that should no longer be left untapped. It is time to remove all barriers to those who want HBO. So, in 2015, we will launch a stand-alone, over-the-top, HBO service in the United States.”

This means that popular shows such as Game Of Thrones, the most pirated TV show in history, will be available to you regardless of your cable plan. HBO’s move makes sense. According to Entertainment Weekly:

“[HBO] officially condemns theft, yet also recognizes that Thrones is an enormous hit, that content leakage is tough to prevent and that the show’s popularity among pirates is inevitable (countries such as Australia, where viewers don’t receive new episodes via pay cable in a timely manner, tend to be among the biggest piracy territories).”

Michael Lombardo, HBO’s programming president also told Entertainment Weekly that the downloading was a “compliment of sorts,” adding, “the demand is there. And it certainly didn’t negatively impact the DVD sales. [Piracy is] something that comes along with having a wildly successful show on a subscription network.”

So why not offer a paid subscription service and minimize piracy? Netflix has more than 37 million subscribers in the US who watch and average of 90 minutes of programming every day; 47 percent of American households subscribe to Netflix, Hulu, Amazon Prime Instant or a combination thereof; nearly 50 percent have a TV connected to the internet; and 34 percent watch online videos every day. That’s a lot of potential customers. Netflix’s model of eight dollars per month has worked so far and frankly, with the exception of Orange is the New Black and House of Cards, the content isn’t that great.

The day after HBO’s announcement, CBS announced their own “cord cutter” service. For $6 per month, you can live stream CBS programs, get next-day access to current shows on mobile devices, and access an archive of past shows and classics from the network.

Up until now, the only way to get HBO, has been through a provider such as Comcast or Time Warner. The prices vary by region and it’s difficult to determine an overall or average cost across the country. If you want HBO from Comcast you’ll have to buy a bundle that includes other “premium channels” you probably don’t want.

According to hbowatch.com, the price of an HBO subscription, averaged over seven providers, runs about $16/month. Feel free to correct me in the comment section below, but even at $10 per month a streaming service from HBO would be a bargain.

Of the hundreds of channels available to me on my TV I probably only watch a half dozen, of which two are premium and the rest, I could care less. Looking at $60 per month, as opposed to the nearly $150 I spend now is certainly more attractive.

As for the technology, most laptops and tablets are equipped with a micro USB port to play streaming video on most flat screens; Google Chromecast integrates with Netflix and YouTube so far; and gadgets such as the soon to be released Nexus Player and Apple’s AirPlay are going to make streaming content more accessible and easy to use.

America lags behind many countries when it comes to the kind of world class network we should have. In terms of speed and access America trails Sweden, Estonia, Korea, Hong Kong, Japan, to name but a few. As for price? According to an article on HuffPost:

“Comcast, the nation’s largest cable provider, claims it’s capable of providing 3Gbps broadband — but its fastest service currently on the market is $320 a month for 305Mbps. Verizon, meanwhile, has just announced its fastest FiOS ever, 500Mbps for $310 a month. Compare that to Hong Kong, where consumers can get 500Mbps for $25 a month, or Seoul, where the same speed is priced at $30 a month. Only Google Fiber’s broadband plan seems competitive with those of other tech-savvy nations: It offers 1Gbps for $70 a month, which is only outpaced by Japan’s proposed Nuro network with speeds of up to 2Gbps for $51 a month.”

Many countries view internet access as a utility and almost a necessity. In Sweden, for example, people pay about $30 per month for gigabit access as opposed to our ten megabits per second or less. Sweden, Japan, Hong Kong and many European destinations offer connections nearly 100 times faster at lower rates. In America, we’re arguing over Net Neutrality that could allow service providers Comcast, Time Warner and others to “throttle” internet speeds and charge content providers and customers more for “high speed lanes.” Movie watchers, music lovers, gamers, etc. would all be affected if Congress and the FCC allowed what are essentially monopolies to set their own speeds and prices. Want to play a game with your friends? More money. Want to watch a movie without having to watch that little hourglass every five minutes? More money. How about this article? Are you old enough to remember when a page with this much content and images could take 10-15 minutes to load? For those of you too young to have had this experience and the exercise in patience it required, here’s a video.

In an interview for Vox.com with Ezra Klein, Susan Crawford, former Special Assistant to President Obama on Science, Technology and Innovation Policy, had this to say about how the internet is too important to be left to the private market:

“What happens is that we deregulated this entire sector about 10 years ago and the cable guys already had exclusive franchises across the country. They were able to very inexpensively upgrade those to pretty high-speed internet access connections. Meanwhile the telephone companies have totally withdrawn. They have copper line in the ground and it’s expensive for them to build and replace it with fiber. Because of both deregulation and sweeping consolidation in the cable industry we’ve ended up on this plateau where for about 80 percent of Americans their only choice for a high-capacity internet access connection is their local cable monopoly.”

It wasn’t that long ago (less than 20 years) that a cable bill was under $50 per month. The rates have risen faster than inflation and certainly faster than income.

Last June, the Supreme Court reversed a lower court decision to allow a startup, Aereo, that was streaming live TV to computers, tablets, and smartphones using tiny antennae that grabbed over-the-air broadcasts. The traditional broadcasters sued Aereo out of existence, because they know that if the startup had actually succeeded, they would have a harder time hitting the cable companies with high retransmission fees — which add to cable bills and help keep the whole industry afloat.

Chet Kanojia, Aereo’s founder and chief executive, called it a “massive setback” for consumers and “sends a chilling message to the technology industry.”

What may hopefully end up happening here is that as more content providers like HBO and CBS go rogue and offer their own content to viewers they’ll have a say in what the backbone, i.e. Comcast and Time Warner, can do to that content and the speed at which it arrives to consumers.

The average Joe doesn’t have much of a voice these days in what lawmakers are deciding. We can’t afford lobbyists to speak on our behalf. HBO, CBS, Showtime, Netflix, Amazon and the rest have more than enough money to lobby for Net Neutrality — it ultimately affects their bottom line. As strange as this may seem, this could end up being a rare case of what passes for Capitalism in this country actually working for average people. 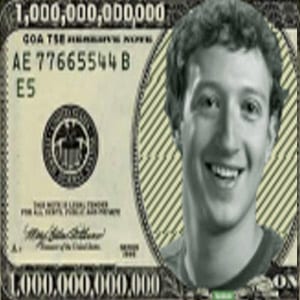