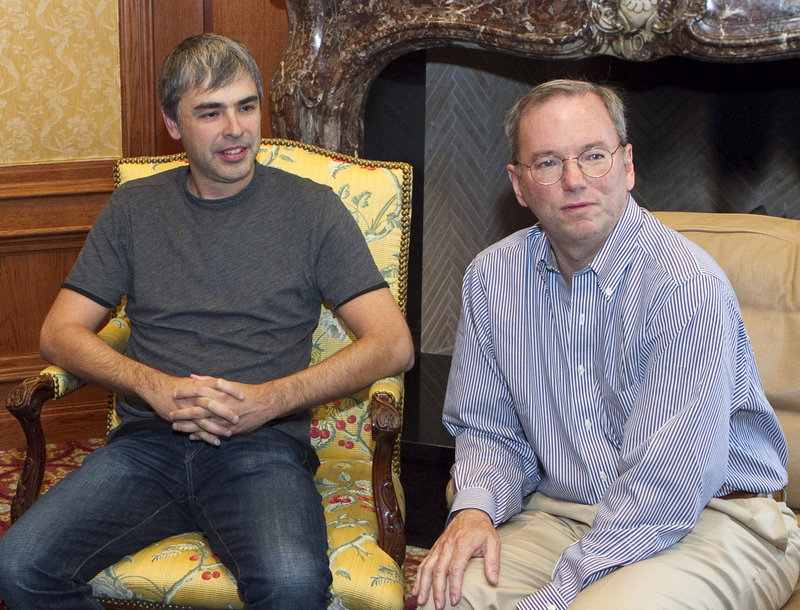 The fact that Google is starting to slip from its position of King of the (Internet) Hill cannot have escaped the attention of Google leadership. Even something as simple as no longer being the coolest place in a cool city to work makes a difference in the King of the Hill battle, and Google knows this better than almost anyone. In fact, one in five Facebook employees is an ex-Google employee. High-profile defections include Lars Rasmussen, one of the Google Maps creators; Bret Taylor, Facebook’s CTO who also helped develop Google Maps and the Maps API; David Fischer, now Facebook’s VP of Advertising and Global Operations, but formerly a Google VP; and Sheryl Sandberg, Facebook’s COO who is another former Google VP.

Is Google Getting Stuffy in Its Old Age?

These losses hurt for a company whose early business model was basically to get a bunch of smart people in a room and let them come up with cool stuff. Now that Google isn’t a start-up anymore, it seems as if it’s sinking into Corporate America Quicksand – that is, it’s getting big, sluggish, bureaucratic, and, well, corporate. As ex-Googler Rasmussen noted, the “energy [at Facebook] is just amazing, whereas it can be very challenging to working in a company the size of Google” (Source below).

Another example of a departing Googler who just wasn’t happy with Google bureaucracy is Dennis Crowley, who co-founded Dodgeball, moved his project to Google for two years, and then left Google to found Foursquare. Of his two years at Google, he wrote in his blog that it was “incredibly frustrating for us… we couldn’t convince them that Dodgeball was worth engineering resources, leaving us to watch as other start-ups got to innovate in the mobile + social space” (Source below).

It is in this somewhat perilous corporate environment that Larry Page, one of Google’s two co-founders, will take over as Google’s chief. When Google got their first round of funding in the mid-90s, Page had every intention to be the CEO. However, he was only 25 at the time, with no real business experience to speak of, and the people bankrolling Google didn’t think him capable of leading the company. Unlike Mark Zuckerberg, who a decade later would refuse to entertain the idea that anyone could lead Facebook except himself, Page and Brin eventually agreed to hire Eric Schmidt, Google’s first CEO.

Schmidt was Google’s grown-up for the first decade, leading the infant business from an excellent but unmonetized search engine to one of the richest and most ubiquitous companies on Earth. During this time, it wasn’t as though Page and Brin took a backseat; they were very active in Google’s growth and improvement. Page was the president of products, while Brin was the president of technology.

Now, however, Page finally has the opportunity to prove he can be Google’s chief executive. Given that he and Brin have been compared to Johannes Gutenberg in the impact their invention has had upon the world, though, it’s interesting to ponder how (or if) Page could ever possibly top what he’s already accomplished. As one commentator on Page’s situation noted, it’s easier to win a championship once with beginner’s luck than it is to repeat that feat a year later (Source below). Does Page have any more world-changing ideas to unleash upon an unsuspecting planet, or, as Rasmussen implied, has Google just gotten too big and too Corporate America to keep innovating?

From Bottom-Up to Top-Down

When Gmail was born, it was because one engineer in one day in the summer of 2001 started playing around with code and came up with what would become the Gmail prototype. His creation came out of Google’s famous 20% allotment to its engineers to play around with whatever the heck they wanted to. Google News and AdSense were both invented by Googlers in the same way.

When it came to Android, though, things were different. Page didn’t like Google’s lack of a cohesive strategy for the mobile market, and he and Brin bought Android when it was still a tiny start-up in 2005, without even consulting Schmidt ahead of time. Page gave the Android creators room to work, but he set the tone and the vision for the project, managing its development in a way he would not have done at 25. The same held true with Page’s involvement in helping YouTube to flourish.

Rasmussen and other former Googlers aren’t the only ones who miss the good ol’ days, when Google was an agile young start-up ready to thumb its nose at more established competitors; Page misses those days, too. He’s always working away at solving his latest mathematical puzzle: How do you take a company with over 25,000 employees and make it look and act like a tiny start-up? His success with Android and YouTube might give us some clue as to how Google will be managed under Page. Imagine a company that’s almost a confederation more than a republic; Android, YouTube, Slide, and Chrome are already almost companies within companies, and Page has found that empowering their chiefs is a very effective way for him to give them room to innovate, yet he will still make sure they’re thinking sufficiently big enough and staying with a tone that’s 100% Google. It was Page’s influence, for example, that kept Android as an open source OS – a quintessentially Google trait.

As outside observers, we also shouldn’t underestimate Page’s ability to think big and think into the future. Granted, not all of Page’s big ideas have worked out. Early on in AdWords, his perfectly serious suggestion that Google could accept goats as a form of payment in nations such as Uzbekistan turned out not to be well-received by his colleagues. To call him “quirky” would be a huge understatement; on the other hand, calling him “brilliant” might also be an understatement of the same magnitude.

This, then, is the essence of Google’s future under Page: still quirky but still brilliant. Maybe Google will even start being the cool place to work again.