Two emperor-warriors, each restlessly probing for the other’s Achilles’ heel. Brilliant field commanders and generals, making sacrifices and sometimes falling in battle. A recently deceased king, with a potential power vacuum left in his wake. Is it Greek history? No – it’s Silicon Valley, with their own epic story of the Clash of the Titans. It’s Google versus Facebook, Page versus the Zuck, search versus social media. It will be a great story one day for history books and memoir writers; in the meantime, as marketers we need to know how to work with both of these superpowers without offending either.

Google and Facebook represent far more than two powerful companies fighting for market share. Rather, their two business models represent two dramatically different paradigms of what the Internet should be or should evolve into. To understand these two paradigms, it’s helpful to briefly review the life stories of the two emperor-warriors of the online world: Larry Page and Mark Zuckerberg.

Larry Page is a computer scientist and math guy with two computer scientist parents. He visualized the Internet as being one huge graph, and with his fellow Stanford Ph.D. student, Sergey Brin, Google became the ultimate calculus equation. Google’s strength still lies within the mathematical precision of its algorithms.

Then there’s Mark Zuckerberg, eleven years Page’s junior. Whereas Page was the son of two computer scientists with one older brother, Zuckerberg was the son of a psychiatrist and a dentist and grew up surrounded by three sisters. Though the book Accidental Billionaires would later portray Zuckerberg as a cold-hearted, socially isolated computer geek, this couldn’t be farther from the truth. Computer geek, yes, but socially isolated? Zuckerberg was a frat guy planning to double-major in computer science and psychology before he dropped out to pilot Facebook. He is, and always has been, a very smart, very geeky, but also very social guy.

Zuckerberg and Page’s orientation towards gathering and parsing information are reflected by their two different inventions. Page created a mathematical formula to sort that which was worth knowing from that which was not. Zuckerberg, the computer geek frat guy, created something totally different – a way to sort what was worth knowing from what was not based on what your buddies thought. For Page, the Internet was a fascinating robot, a machine. For Zuckerberg, the Internet was a newly discovered life form, a living, breathing, ever-evolving organism.

It turns out that other people like Zuckerberg’s paradigm of what the web should be. Like the Blob, Facebook has spread itself relentlessly across the web, quietly oozing into places like Yelp, Spotify, and on every blog and news media site known to man. Its presence is now inescapable; as a result, many of its 800 million users spend more time at Facebook than at any other corner of the online universe.

Just as Microsoft realized it had miscalculated the importance of search and tried desperately to catch up with Google, Google is now in the position of desperately trying to catch up with Facebook when it comes to social media. The new Google+ is trying hard to grab a bigger piece of the social media pie for Google and is proving that Google hasn’t become so big that it can’t still evolve.

While Google+ might just give Facebook a run for its money, Facebook launched its own set of aggressive changes at its recent f8 developers event. From the new timeline feature, to verbs other than “Like,” to relegating uninteresting bits of news to the ticker, the f8 event sent a tidal wave of changes across the social web. Just when it thought it was gaining on Facebook, Google+ is once again two steps behind.

Three Takeaways for Your Business

Those of us who rely upon the might of Google and Facebook to market our products and services may not care who ends up as Silicon Valley’s undisputed ruler; we mostly just want to know how to use the two companies’ battle spoils to boost business. Here are three takeaways from the Clash of the Silicon Titans that you can apply to your own marketing:

1. Zuckerberg’s paradigm is probably going to win, but that doesn’t mean that Page’s paradigm is going to go away. Search and social media are eventually going to live in symbiotic harmony. For the foreseeable future, we will continue to use Google as the primary means to look up phone numbers, get directions, find the closest pizza joint, and learn the final score of last night’s football game. However, once we click on the pizza joint’s site or visit our favorite football blog, we’ll immediately see which of our Facebook friends have already been there and we’ll be influenced by what they have to say about it. Who finds your content is now just as important as – and influences — if your content is found in the first place.

2. Pay-per-click is still best left with Google, but not for much longer. At the moment, Google is poised to conquer a whopping 41% of the US online advertising market. This is still one arena where Facebook is playing catch-up to Google. However, they are catching up fast. Ad analytics are still stronger with Google, but Facebook has social media and word-of-mouth on its side. For the time being, ROI with Google’s AdWords is stronger, but sharing your PPC budget with Facebook isn’t a bad idea.

3. Online video will be a field commander in both armies. Google owns YouTube; Facebook shares videos. With the new f8 changes, videos are weighted more heavily than other types of content, meaning that a video you upload is more likely to make it into your fans’ news feed. Whether you’re trying to dominate the search engine results page or get your message to spread on Facebook, online video will be an increasingly important part of your efforts.

This war between Google and Facebook probably isn’t going to end in a clear victory for either side. For now, Facebook will continue to rule social media, but Google will continue to rule search. While we still need both, as a marketer, you can’t afford to neglect either one. Caught in the middle of these Titans, make sure you are paying due homage to each — unless you want your business to become collateral damage.

Return to top: Google vs. Facebook: What Your Business Needs to Know

Have some thoughts about this topic or general comments? Share them below. 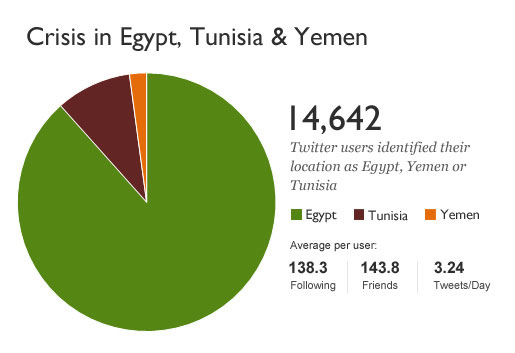